feet of toads, gate of kirkpatrick highway,
eye of news, and scent of the day
Gloria's toes, Carl Victor's nose,
Oberton's hair, Lucinda's prose------
for a dip of the maple tree synup,
like a moth pecking yet fed up,
double, global, bubble, and trouble,
tennis court fight sets justin on fire

what burning ripley in crispy boil.

Posted by Linda Bob Grifins Korbetis Hall at 10:32 AM 17 comments:


the decision is made,
Sam wants to join army,
and he won't discuss the details with his mommy

years of training,
lots of sweat, injury, and knowledge base building
Sam becomes a Navy member

the trips above, in, or under sea is tough,
the tasks are expected and vital,
no way out, but all the way in

Sam prays for peace,
it is hard for all to agree that peace
means, embrace, comprehension, and tolerance

when Sam's friend Rylan brings a mail to his cabin,
he is full of tears,
being a faithful soldier is the hardest, yet he is happy.

Happy Veterans Day,
Retired Men or Women do deserve honor
and their contributions are invincible. 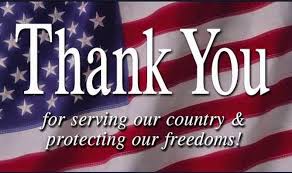 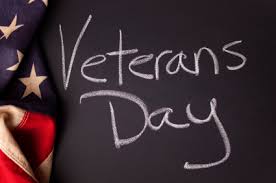 Posted by Linda Bob Grifins Korbetis Hall at 11:08 AM 3 comments: 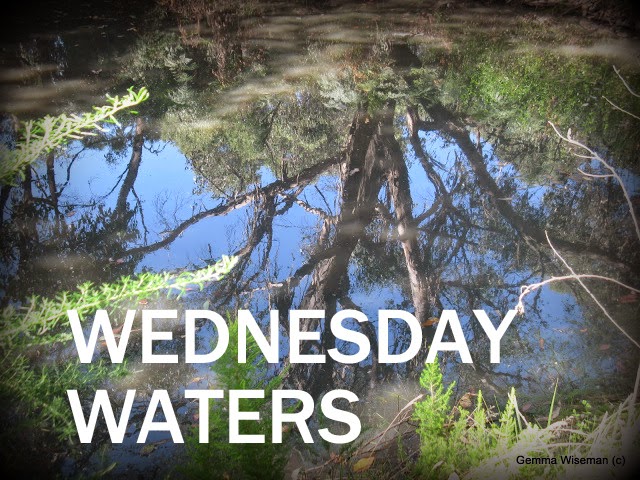 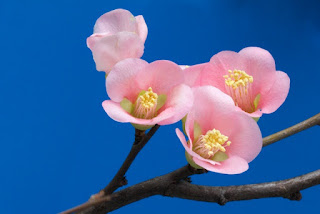 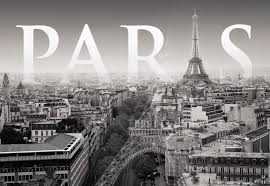 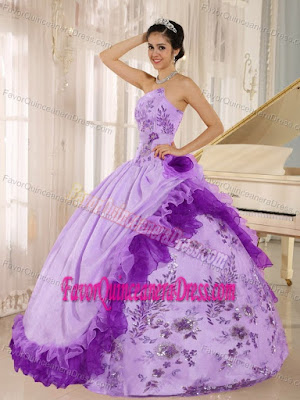 Posted by Linda Bob Grifins Korbetis Hall at 9:12 AM 7 comments:

From Wikipedia, the free encyclopedia
Gene Luen Yang (Chinese Traditional: 楊謹倫, Simplified: 杨谨伦,[1] Pinyin: Yáng Jǐnlún; born August 9, 1973)[2] is a Chinese American writer of graphic novels and comics. Until recently, he was the Director of Information Services and taught computer science at Bishop O'Dowd High School in Oakland, California[3] and travels all over the world, speaking about graphic novels and comics at comic book conventions and universities, schools, and libraries.[4] In 2012, Yang joined the faculty at Hamline University, as a part of the Low-Residency Master of Fine Arts in Writing for Children and Young Adults (MFAC) program.[4]

Yang is the son of Chinese immigrants and believes he was born in either Alameda, California or Fremont, California.[3] His father emigrated from Taiwan and his mother from Hong Kong.[2] They met at the San Jose State University Library during graduate school[3] and both spent a great deal of time instilling in him a strong work ethic and reinforcing their Asian culture. In a speech at Penn State, where he spoke as a part of a Graphic Novel Speaker Series, Yang recalled that both of his parents always told him stories during his childhood.[5] This set the foundation for Yang's career in comics.[citation needed]
Yang was a part of a small Asian American minority in his elementary school. Yang says that he grew up wanting to be an animator for Disney. In third grade, he did a biographical report on Walt Disney, which is where, he jokes, his obsession started.[5] He says that this all changed in fifth grade when his mother took him to their local book store where she bought him his first comic book, DC Comics Presents Superman #57, a book she agreed to buy because Yang's first choice, Marvel Two-In-One #99 (May 1983), featured the characters Thing and Rom on the cover, which she thought looked too frightening.[5]
Yang attended the University of California, Berkeley for his undergraduate program. He wanted to major in art but his father encouraged him to pursue a more "practical" field so Yang majored in computer science with a minor in creative writing.[6] College was a time for Yang that he found himself much less of a minority. During this time, he began to question his faith but decided to make Jesus his focus during his freshman year.[3]

After graduating in 1995, Yang went to work as a computer engineer for two years. However, after a five-day silent retreat, he realized he was meant to teach and left his job as an engineer to teach computer science at a high school.[6] In 1996, Yang began self-publishing his own comics under Humble Comics. Yang went on to be published with First Second Books an imprint of Macmillan Publishers,[3] Marvel Comics, SLG Publishing, Dark Horse Comics, Harper teen, The New Press, and Pauline Books & Media.[7]
In 1997, Yang first published comic Gordon Yamamoto and the King of the Geeks under his own imprint, Humble Comics, and it won him the Xeric Grant, a self-publishing grant for comic book creators.[6] Yang later published two more installments in the Gordon Yamamoto mini-series and a sequel, Loyola Chin and the San Peligran Order. In 2010, both Gordon Yamamoto and the King of the Geeks series and Loyola Chin and the San Pelgrino Order were published together as Animal Crackers by Slave Labor Graphics.[8]
In 2006, Yang published American Born Chinese with :01 First Second Publishing and won the annual Michael L. Printz Award from the American Library Association recognizing the year's "best book written for teens, based entirely on its literary merit".[9] It was also the first graphic novel to be a finalist for the National Book Award, Young People's Literature,[4] and it won an Eisner Award for best new graphic album.[10] American Born Chinese has since been recognized in many ways. It has been on the Booklist top Ten Graphic Novel for Youth; NPR Holiday Pick, Publishers Weekly Comics Week Best Comic of the Year, San Francisco Chronicle Best Book of the Year, The Rueben Award for Best Comic Book, The Chinese American Librarians Association 2006/2007 Best Graphic Album – New, Time Magazine Top Ten Comic of the Year, and Amazon.com Best Graphic Novel/Comic of the year.[11]
Yang's other works have been recognized as well. In 2009, Yang was awarded another Eisner Award for best short story for his collaborative work The Eternal Smile which he wrote and Derek Kirk Kim illustrated.[4] Yang was nominated for Eisner Awards for both Prime Baby and his collaborative work Level Up.[10] Yang is currently writing the Avatar: The Last Airbender comics series for Dark Horse Comics, the first volume of which was released in January 2012.[7] Yang recently finished his new graphic novel, Boxers & Saints, which was published by First Second Books in September 2013.
Yang is an advocate of the use of comics and graphic novels as educational tools in the classroom. He wrote his final project for his master's degree at California State, Hayward over this topic in which he emphasizes the educational strength of comics claiming they are motivating, visual, permanent, intermediary, and popular.[12] As a part of his Master's project, Yang created an online comic called Factoring with Mr. Yang & Mosley the Alien as an engaging method of teaching math. This idea came from a time where Yang was substitute teaching a math class at Bishop O'Dowd. Due to the position of Director of Information Services[13] he held at the school, he was forced to miss classes and used the comics to help the students learn the concepts in his absence. The positive feedback he received from the students inspired him to use the idea for his Master's project.[6] Yang's acclaimed graphic novel, American Born Chinese, has been recommended to teachers for classroom instruction.[14]

Main article: American Born Chinese
American Born Chinese was released by First Second Books in 2006. The first story line is Yang's contemporary rendition of the Chinese story of a Kung Fu practicing Monkey King of Flower-Fruit Mountain, The Monkey King, and his journey to the west. Yang, a Catholic,[3] replaces the Buddha, from the original story, with a Christian influenced deity Tze-Yo-Tzuh. Throughout the story, The Monkey King is unhappy with himself as a monkey and continually tries to become another version of himself. Tze-Yo-Tzuh tries to help The Monkey King accept himself. When The Monkey King refuses Tze-Yo-Tzuh imprisons him under a mountain of rocks. A monk named Jiang Tao is sent by Tze-Yo-Tzuh on a mission to carry three packages to the west and is to pick up his disciple, The Monkey King, on his journey. He finds The Monkey King imprisoned under the mountain of rocks and frees him from the mountain by convincing The Monkey King to return to his true form.
The second story line follows an American-born Chinese boy, named Jin Wang, who moves to a suburb where he goes to school with only two other Asian students. Jin struggles with his Chinese identity and begins to reject it when he meets a new Asian student, Wei-Chen. Wei-Chen is a Taiwanese[11]/Chinese immigrant who just came to the United States and he and Jin become best friends. Jin begins dating a Caucasian girl in his class and her friend Gregg asks Jin not to ask her out any more because he felt she needed to protect her image. Jin perceives this as a personal attack on him because of his race and becomes angry. Angry and confused, he kisses Wei-Chen's girlfriend and they have a falling out. That evening, Jin recalls the fight he had with Wei-Chen and convinces himself that Wei-Chen deserved it. That night, Jin has a dream about a Chinese woman he had met when he was younger. She had told him that he could be anything he wanted if he was willing to give up his soul. He awakens the next morning and looks in the mirror to see himself as a Caucasian boy and he changes his name to Danny.
The third story line follows Danny, the "all-American boy"[11] and his Chinese cousin Chin-Kee, who comes to visit every year. Danny is embarrassed by his cousin Chin-Kee, who is depicted in traditional queue and buck-teeth, because he is Chinese. At the end of this narrative, we learn that Chin-Kee is really The Monkey King. The Monkey King then proceeds to tell Danny that his son Wei-Chen was sent to live among the mortals without sin for forty years but that he had changed and no longer wanted to follow in the footsteps of his father. That is when The Monkey King decided to visit Danny. Danny realized that the reason Wei-Chen fell into sin was his fault and as he realizes this, he turns back into Jin Wang. The Monkey King gives Jin Wang a card with an address on it and Jin Wang goes there to make amends with Wei-Chen.
Although Yang draws from experiences in his past to write these narratives, they are not autobiographical.[15]

Posted by Linda Bob Grifins Korbetis Hall at 8:58 AM 1 comment: