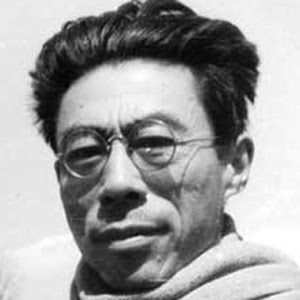 
Despite the fact that Adam Lux was born  in Lanzhou, Gansu Sheng,
Adam makes friends with fellow classmates, one of them, VanderBus Florda,
who comes from Xu Chang city, Hainan sheng (state), often shows special passion
toward Adam.


Adam grows up with a single mother, he was forced into labor work at nine,
he has learned to cook at ten, and he works hard and eventually attending a university
called  Shantou University, which makes him a different person, at college, Adam
focuses on his physical fitness, often walks dozens of miles looking at local or rural
museums, or climbing mountains

VanderBus grows up at Xu Chang city, his parents are well educated, and often hold
official positions, and he lives on abundant, yet, with encouragement and firm love of the family, he
achieves well, winning district or county  english contests, and also attending shantou university...

While Adam majors in Biology, VanderBus majors in Chemistry, they often encounter
each other at Laboratory,  using extended time finishing their experiements

It happens that Adam learns faster with some unknown reasons, he is willing to help
VanderBus, at times, VanderBus demonstrates more comprehension of certain concepts
on human reactions, not just physical and chemical reactions

During their senior year, Adam was invited to visit Xu Chang, and know VanderBus a lot better..
they eat lots of food luxury at Xu Chang, Shantou, Weihai, and Shanghai, including climbing
Himalaya mountain and swimming at Beidai He river

in 2003, Adam included his girl friend  Maggie on a trip to Hong Kong, while VanderBus retreated back to Xu Chang, marrying his hometown girl friend Alissa, the two has their friendship cooled down


Adam has three other male friends attending Wuhan University graduate school at the time,
He determines to obtain a graduate degree from Wuhan University also, thus, Adam applied,
and obtained permission, joining Sam, Trenton, and Kirby at Wuhan, and have fun learning
about Physics Mathematics....

After Adam and VanderBus both admitted to University of Florida, obtaining a ph d from
some Americans, their friendship deepened, and they become best friends in research

at the same time, Peterson and Paula from Lanzhou University have come to Berkeley to do advanced studies in Education, Literacy, and Curriculum issues,  they happen to read about Sam, Trenton, and Kirby, and they wish to fame them in their published work...

Posted by Linda Bob Grifins Korbetis Hall at 10:10 AM 1 comment: